Title
1st Forestry Congress of Valencia
Summary
The Valencian Forestry Platform organised in Aclublas, 24 and 25 October 2014, the ‘I Forestry Congress’ of Valencia. For this first forestry congress, and to mark the 20th anniversary of the tragic summer of 1994, the theme of restoration and management of areas affected by forest fires was chosen as a starting point for reflections. The congress was attended by leading experts from the University of Valencia, the Polytechnic, the Universitat Jaume I and the University Miguel Hernández, and representatives of other public institutions and research centres. 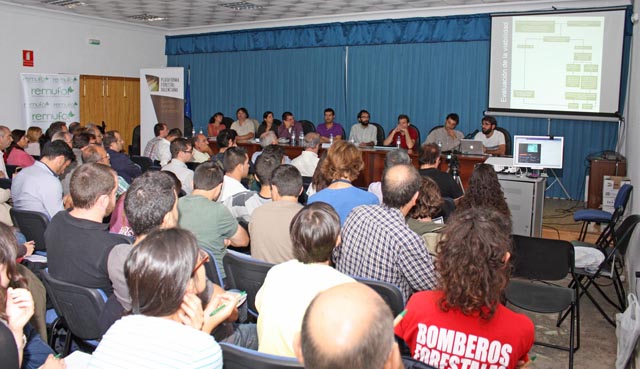 The venue for the congress was not accidental: Alcublas crudely suffered the terrible effects of the fires of 2012 in Cortes de Pallas and Andilla, disaster that wiped out 50,000 hectares of forest. According to the experts present at the congress, the fires will increase in the coming years due to the influence of climate change, a circumstance which shows the need to incorporate an appropriate land use planning to strengthen ecosystems against fires, especially in the wildland-urban "interface" due to human activity. They agreed that forests with a high risk of fire within the autonomous territory exceed 300,000 hectares.
The congress attempted to answer questions such as: What are the alternatives of forest restoration and management after fires? And what are the deadlines for recovering ecosystem goods and services? Another scope of this scientific forum was to identify the main constraints and the present opportunities so that restoration and management of these ecosystems contribute to the endogenous development of forest regions.
The more than 150 congress attendees learned about the ECOPLANTMED project and its activities for the conservation of native plants and their use in habitat restoration. The project was presented through a poster communication that was developed for the event by the Centre for Forest Applied Research (CIEF) of the Valencian Region, project partner in Spain. A summary of the poster contents will be published in the congress proceedings.
See the poster here: pdf ES